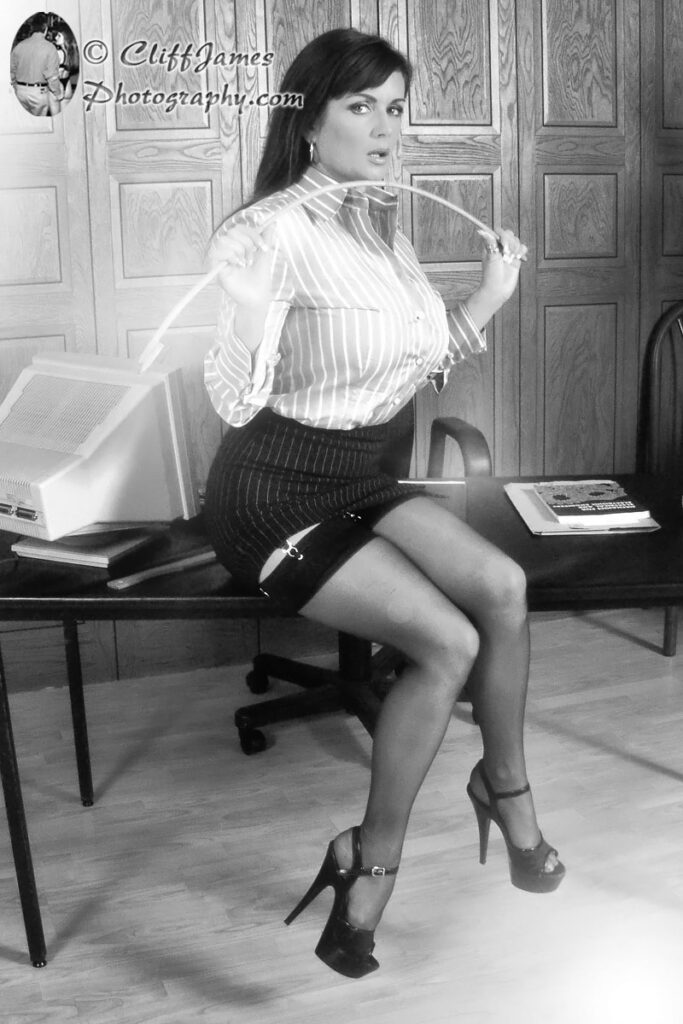 For my sins when I was a mere lad of eleven I was sent to Latton Bush Comprehensive School Harlow Essex that closely resembled a Stalag prison camp. It was a really horrible place where I spent the next four (miserable) years. The most horrific thing that I will never forget until the day I die was the first P.E. Teacher that I had – Mr. Clarke. He was such a bastard it is unreal. 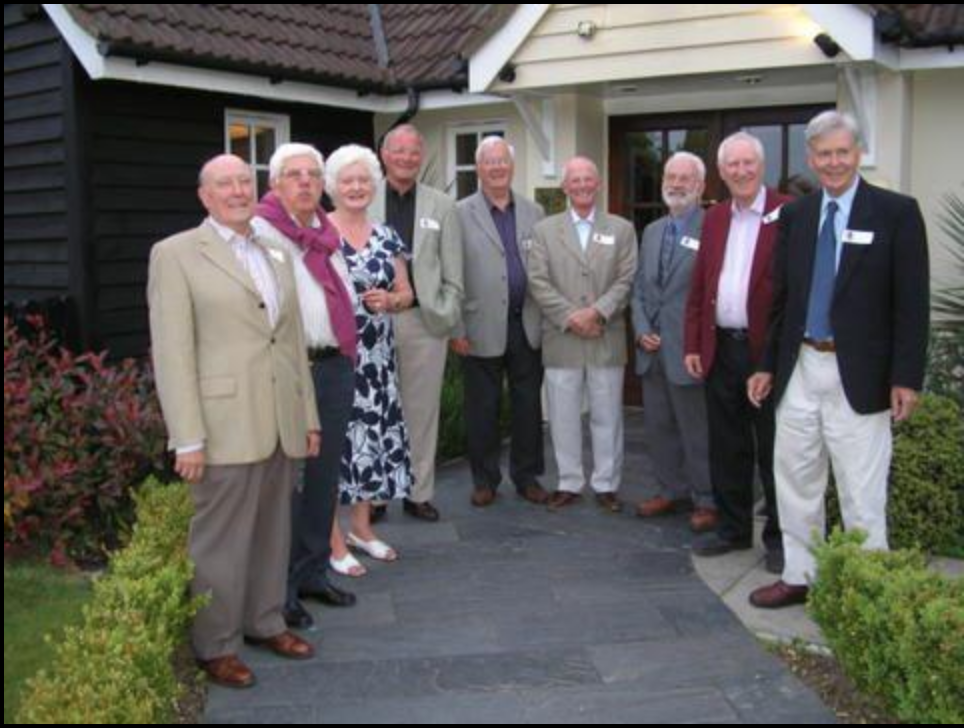 Although this page is titled Latton Bush Comprehensive School I also had the indignity of attending Water House Moor Junior School. Although things there weren’t quite as bad as at Latton Bush there were still problems, one being my form teacher Mr. Deady (pronounced DeeDee). In the era of my schooling days corporal punishment was permitted to be used by teachers. Although I was never caned I was spanked a few times this was mainly by, in fact ONLY by Mr. Deady who looking back I am sure had a problem himself.  Never a day went by without him calling some poor sod out to the front of the class. ”Touch your toes”, he would command and whoever had been called out would do just that, then he would wallop, and I mean wallop their bottom.

Later in life I worked for the high street bespoke tailor Burtons. My old teacher Mr. Deady came in and ordered a made to measure suit. I was aged 16 and was unsure of my political allegiance. Although I was too young to vote I attended a local Labour Party event and low and behold Mr. Deady was there. Recognising me from where I worked he said drunkenly, ”Now you know why it needs to fit son”. Having recently left school and the likes of him I replied, ”Do you remember spanking me some years ago at Waterhouse Moor?’

‘No son” He replied, ”I’ve spanked so many little brats in my time I don’t remember.”

“Well remember this”, I said arrogantly, and stuck one on his nose leaving his nose broken and streaming with blood. I’m not usually a violent person but watching the red liquid stream from his mangled hooter gave me immense satisfaction along with his howls of outrage. The sex I had that later night with a girl called Peggy seemed even more exhilarating.

I wasn’t good at sports at all and having such a toad as my gym teacher was real scary. Clearly I remember him having us climb up the ropes that dangled from the gym’s ceiling while he stood below bellowing at us. I looked at the dangling ropes with trepidation and nearly shat my pants, I’ll never do this, I thought, but the fear of suffering the wrath of the evil bastard Mr Clark I did and I still don’t know how. What I do know is that I ended up with both of my hands covered in huge blisters.

And then there was cross country. What the fuck! We had to run out of the school gates, round the housing estates, up the hill by the common that was so long and steep towards Thakes farm, across Muddy Lane that was a foot deep in wet sticky mud and covered by brambles on either side, round the common, back through Muddy Lane again and back to school totally knackered and covered in shit while toady Clark followed us on his motorbike.  Fucker!

The picture above is of the school staff of 1963, I arrived in 1966 but many of the teachers were there.

Our art teacher was a creepy pervert who used to call boys out to the front of the class have them bend over his desk and then whack their backside with a wooden T-square.

One of our French Masters, Master, that’s a laugh, was called Mr. Wood. He was the most useless jerk you could imagine and couldn’t control a class of children if his life depended on it. I hated this fucker! In his infinite wisdom he decided we would all have French names, mine was Gullion (William) I hated it. Then he decided we should all have French animal names, I can’t remember what mine was but he named a girl I had known (Jeanne) since my first day at infant school (and who was my first crush) a Cochon (Pig)! She was furious and so was I. It was the way it was done, with malice.  What a nasty piece of work, I wanted to get hold of him and kick the shit out of him though being a schoolboy it wouldn’t have been a good idea. That said, I’m pleased to say he suffered a nervous breakdown and left… Karma!

I’ve never fathomed out why some teachers were respected and some weren’t, I guess they treated us, their pupils with respect even though they were firm they were also fair. Mrs Jones the deputy head was a real tartar though I respected her as I did Mrs Parry my first form teacher, Mr Harry Forder, my woodwork teacher who was also my form teacher in the third year, a man who nearly made my piss myself by yelling at me in my first woodwork lesson. Mind you, I’ve never used a metal ruler to poke shavings out of a wood plane since then. Mr Padfield my next gym teacher was great, again firm but very fair and not a bastard like Mr. “Evil Bastard” Clark. If you’ve seen the TV sitcom The Grimleys you’ll know what I mean. I’m sure they used Mr. Clark as the model for the character Dynamo Digby the Gym Master

My first year in secondary school was a horrendous time though on the upside the head girl was absolutely gorgeous, blonde and beautiful. What chance did I have with her… Bloody none. Berenice Fussell was her name and I will never forget the way she looked to an eleven year old boy with testosterone bouncing uncontrollably through my veins. One day I fell in the playground and grazed my knees badly on the tarmac. Tearful I made my way to the entrance doors and towards the school secretary who was forever patching up boys like me, only to be met by Berenice, the head girl, my fantasy girl who took me to the classroom that was used for domestic science. Berenice cleaned my knees and patched them up with her soft and gentle hands. There were no flies on my ceiling for the next few months that’s for sure.

David Warren (now David Burton) – The biggest arsehole – The school bully, the classroom creep
and Peter Wiggins (I know what you both did to a female classmate against her will in the stationery cupboard and Science Lab)

Christopher Thake – The school dunce – R. I. P. he died far too young some forty years ago

Johnny Wyatt – A good buddy who’s claim to fame that his dad played for arsenal (once) – I’ve since been told that Johnny committed suicide along with a girl from my class, Carol. R.I.P the pair of you.

Jeanne – My first crush. I’ve said it all before, posed for Mayfair and I didn’t see the pictures!

Miss Cleary – the science teacher… Biology! Jesus, I loved her.

Mrs Parry – A good honest teacher who could say LlanfairpwllgwyngyllgogerychwyrndrobwllllantysiliogogoGOCH

Mr. MacKillican the art teacher who used to wallop boys on the bum with a T-square

Mr. Tipton my Form Teacher and English teacher in my leaving year. I can’t listen to The Beatles She’s Leaving Home without analyzing the lyrics.

Harry Forder my much respected Form Master, Woodwork / Metalwork teacher who became so angry when us, his class let him down. I named my Goldfish after him.

Berenice Fussell, the head girl. What a beauty. She was eighteen and I was a mere first year pupil (what is and what should never be).

Susan Frier – My Sweet Lord… What was I thinking of…

I could go on forever but enough for tonight…