Home / Remember The Days of The Old School Yard

Remember The Days of The Old School Yard 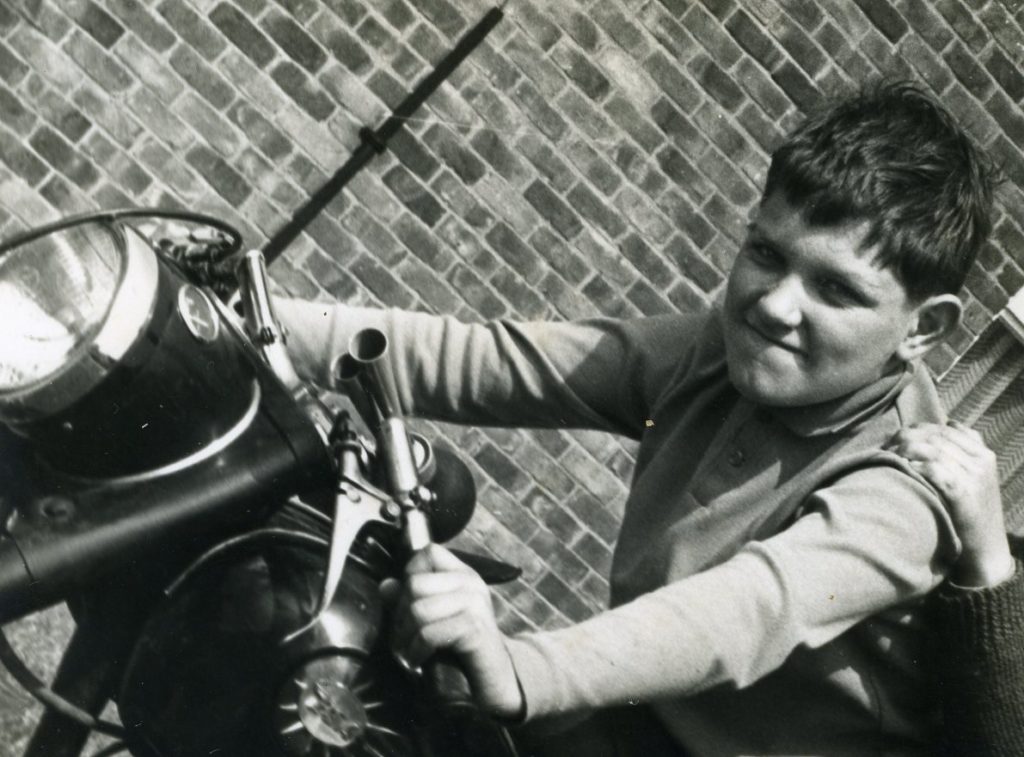 I had my fair share of girlfriends in my younger days, including some ”dogs” I’d rather forget, but with these I had some fun and gropes. I can’t remember how old I was, maybe I was seven or eight, I had a girlfriend of approximately the same age as me, Patricia, and she certainly wasn’t a ”dog” in fact she was very pretty if not a beautiful girl. I only had contact with her on my holidays in the god forsaken place called Leysdown, a small seaside town on the Isle of Sheppey.

This was where I had my first experience of corporal punishment and my first sighting of a real female bare bottom. Even in my early childhood days I had an interest in spanking, perhaps there’s a psychologist out there who can tell me why.  God knows how it came about but Patricia (Pat) bared her bottom for me in my tiny cubby hole of a bedroom of the caravan we were staying in, “The Vulcan” to stripe with a thin cane, one that was a supporting strut of my kite.

I really enjoyed striping her bare bottom and still remember the thin red lines that adorned her bare cheeks, and how I panicked and wondered how the hell I would explain the marks away if they were seen by her parents. I often think of Pat and wonder if she had an interest in being spanked or spanking in adult life. Perhaps there is a lucky man who has been walloping away on her bared rump, making it much redder and more striped than I did or having his striped by her.

In my early teens I had another holiday romance with another girl called Patricia who was a year or so older than me. Patricia McLaughlin who lived close to Hendon Central tube station.

Many’s the time I had my hand down her blouse in either her or my parent’s caravan. Although this was a holiday romance we did keep in touch by snail mail which in those days was the only option other than a phone which neither or our parents had.  One day we arranged to have a day out in London so I dragged my youthful arse over to Hendon to meet her. I guess we did have a day out in London though most of it was spent on the underground trying to get a carriage to ourselves which in those days was possible. For those of you who don’t know, many of the tube train carriages didn’t have windows at the end of the carriage so once you were alone you had the few minutes between each station to do as you pleased. It was fun, snogging and groping, coming up for air at the next station, hoping that no one would invade our privacy.

After our day on the tube I asked Pat if she would like to come home with me as my mother was in hospital and I knew my father and grandmother who was staying with us would be visiting her. Pat agreed to come home with me so we caught the Central Line train to Epping and from there the Green Line coach to the Phoenix. When we arrived at my house all I wanted to do was snog and grope Pat which I did but she sat on my granny’s knitting which was a bit of a passion killer. That’s when I suggested that we should go upstairs and to my surprise she agreed.

Although I had a double bed in my bedroom I took her into my mum and dad’s room where we clambered on top of the eiderdown and continued snogging and groping, well I was the one doing the groping. It took a while and many attempts but eventually I got my hand inside her knickers and touched her pussy. At first she rebuffed me and pushed my hand away but I persevered and after a while I was stroking her pussy. Oh the memories. It felt wet and slippery and while I continued to stroke it Pat’s breathing changed and became heavier and she began to moan.I desperately wanted to see her pussy and racked my brains on how I could achieve it. Eventually I remarked that “seeing is better than feeling,” and she replied, I’m sure it is. And that was that. End of story.

I guess this is where I became what used to be known as a male chauvinist pig as I was clock watching knowing what time my dad and granny would leave the hospital and what time they would be home and I certainly didn’t want them to catch me with Pat. Thankfully Pat said that she had better make a move as she has a long journey home. Great. Problem solved. I showed her to the front door and told her how to get to the bus stop where she could catch a Green Line coach back to Epping where she could catch the tube to Hendon Central. As she began to walk down the path I shut the front door and rushed around making sure that there was no trace of her.

Not all of my escapades were mixed with holiday Romances as I did have some fun with a girl whose name I cannot remember. I think I was fourteen at the time. We knew each other as we lived close by and often met on the way to school. One evening she knocked on my door and asked if I would like to come for a ride with her and her friend in her friend’s boyfriend’s car. Well it was better than sitting at home with mum watching Coronation Street so I jumped at the chance. The car was an old sit up and beg model, it could have been an Austin or Ford Popular. I spent most of the journey kneeling on the floor with my hands up inside her skirts feeling her bare thigh above her stocking tops. Is it any wonder I find women in stockings very attractive and sexy. At school the next day I was called “Tiger”, and I knew why though I’m sure it was said sarcastically rather then meaningfully. But who cares. I had a great night and one to remember.

Another holiday romance though, was with a girl called Christine, Christine Abrehart.  I guess we stayed together for a couple of years. we were both in our teens with me being slightly older than her. Christine’s mum Freda was really nice but her dad really didn’t like me. As much as I wanted to I didn’t get to spank Christine as I tried on many occasions while I was staying at her house over the weekend. She told me that a previous boyfriend tried to spank her and that her dad caught him and threw him out of their house. I guess that was her way of telling me spanking her was a complete no no. I did manage to fondle her bare breast though, when she stayed with my parents and I for a weekend. I still remember slipping my hand inside her partially open pajama top and feeling the soft bare feminine flesh. Sadly the distance between us was a killer and eventually Christine left school and joined the real world and found herself surrounded by admirers so we mutually decided to call it a day. I still have a soft spot for Christine after all these years, perhaps it’s just the thought and yearning for my younger days.

I certainly do remember the days of the old school yard, good times, bad times, being duffed up and puppy love. Puppy love being Jeanne, (cheer up sleepy Jeanne), my first crush. Much later in life a pier of mine contacted me on Friends Reunited, not one I really wanted to hear from, who told me that my dream girl Jeanne had posed for Mayfair. Bugger, I would have loved to have seen that. Sadly life can be cruel as I saw her a few years after I left school with a baby. My first crush, who my heart had beaten for so many times was no doubt spoken for. Jeanne was the apple of my eye for so many years, we started school at the same age and in the same class and remained in the same class until we left. Although we were friends I’m sure she didn’t have a clue about the way I felt towards her. I was a prepubescent and life was fun.

Janet Patch was my first school girl friend (when I was 7). The human brain is astonishing as I can remember so many things from my childhood days but can’t remember what I had for lunch yesterday and don’t even ask about screwdrivers and screws and where they disappear to, the same place as one of your socks no doubt.

Mrs. Sanger was my first headmistress at Purford Green Infant School and a real strict tartar she was. God forbid if you took the short cut across the grass from the classroom to the school gate, your bottom would be bared and slippered till you howled. It’s not surprising that some males grow up with a penchant for dominant women.  Miss Mansfield, my first Junior school teacher… Cor, she was gorgeous and always resorted to threats of a spanking when the class became rowdy. Such memories.

My first year in secondary school was a horrendous time though on the up side the head girl was absolutely gorgeous, blonde and beautiful. What chance did I have with her… Bloody none. Berenice Fussell was her name and I will never forget the way she looked to an eleven year old boy with testosterone bouncing uncontrollably through my veins. One day I fell in the play ground and grazed my knees badly on the tarmac. Tearful I made my way to the entrance doors and towards the school secretary who was forever patching up boys like me, only to be met by Berenice, the head girl, my fantasy girl who took me to the classroom that was used for domestic science. Berenice cleaned my knees and patched them up with her soft and gentle hands. There were no flies on my ceiling for the next few months that’s for sure.

Christopher Thake – The school dunce – R. I. P. he died far too young some forty years ago

Johnny Wyatt – A good buddy who’s claim to fame that his dad played for arsenal (once) – I’ve since been told that Johnny committed suicide along with a girl from my class, Carol. R.I.P the pair of you.

Jeanne – My first crush. I’ve said it all before, posed for Mayfair and I didn’t see the pictures!

Miss Cleary – the science teacher… Biology! Jesus, I loved her.

Mrs Parry – A good honest teacher who could say LlanfairpwllgwyngyllgogerychwyrndrobwllllantysiliogogoGOCH

Mr. MacKillican the art teacher who used to wallop boys on the bum with a T-square

Mr. Tipton my Form Teacher and English teacher in my leaving year. I can’t listen to The Beatles She’s Leaving Home without analyzing the lyrics.

Harry Forder my much respected Form Master, Woodwork / Metalwork teacher who became so angry when us, his class let him down. I named my Goldfish after him.

Berenice Fussell, the head girl. What a beauty. She was eighteen and I was a mere first year pupil (what is and what should never be).

Susan Frier – My Sweet Lord… What was I thinking of…

I could go on forever but enough for tonight…