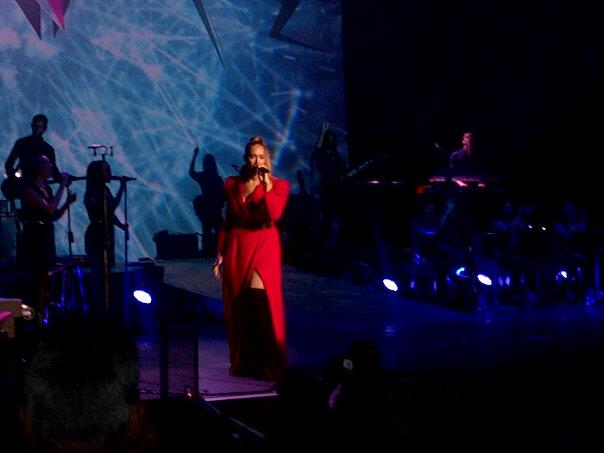 Last night I went to the Royal Albert Hall to see Leona Lewis. This was first time I had been there and I was surprised at how small it was. When I’ve seen televised concerts I got the impression it was much larger.

Leona was absolutely amazing. Sadly there was one small thing that took the edge of the concert not only for my friend and I but for those seating near us. This came in the form of a rather large woman who continually screamed throughout leona’s performance. Had I been at a One Direction gig I would have expected this from an abundance of teenage girls who were wetting their knickers as the boys strutted their stuff.

If the woman in question by chance reads my blog I would like to say thanks for acting like a five year old by screaming like a banshee. Grow up and have some consideration for others who paid a rather large amount of money to hear Leona Lewis sing, not to hear some muppet IE you, wail like a cat on heat.

THE RED MISTRESS (Not you Katie)

My friend and I had VIP tickets which gave us access to a private reception area where wine and food was served and very nice it was too. As we sat at our table I noticed a very attractive oriental lady dressed in tight fitting red dress who was with a man that looked many years her senior. This reminded me of the time I was at the London Erotica exhibition some years back where an old man was accompanied by an oriental girl who was scantily dressed in a black liberty bodice, dark stockings and heels. Being in the sleazy adult industry you get to realise this type of situation. The lady in red though didn’t give the impression of being an escort she looked like she was the man’s mistress and not the other woman sort if you get my meaning.