Home / Rude People / A Day at the Races

A Day at the Races

A Day at the Races August 19, 2019 Cliff James
Rude People
Royal AscotTeresa May 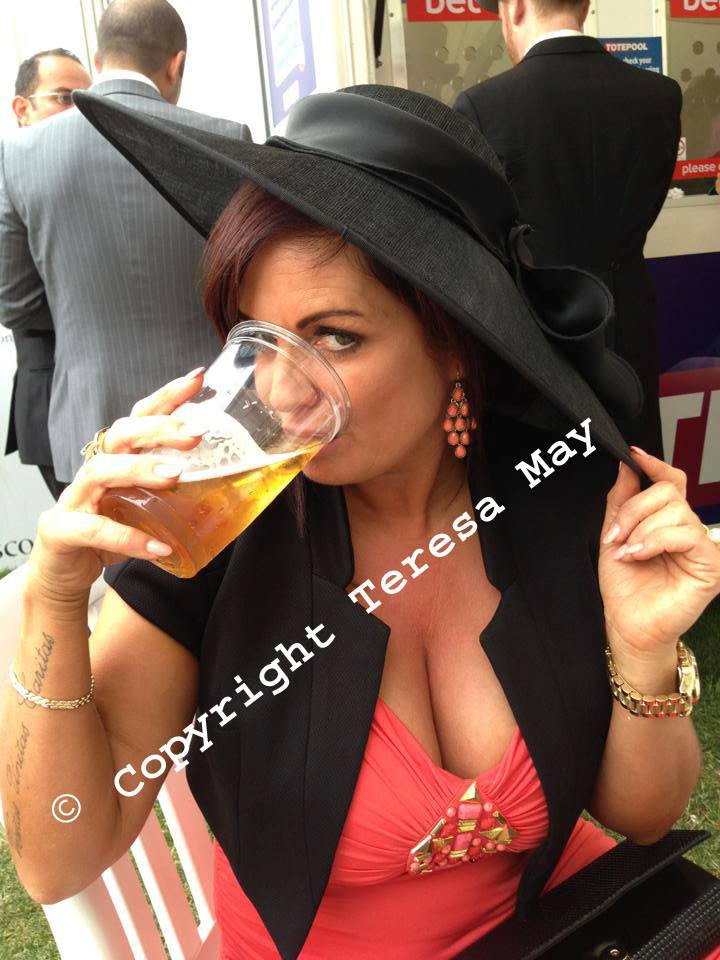 Previously Posted 22nd June 2013
A DAY AT THE RACES

Yesterday some good friends and I went to Royal Ascot to watch the Gee Gees and have an alcohol fuelled day. The day was wonderful and the weather was kind to us. Sadly though our day was spoilt by two inconsiderate fat old hags (that’s being polite). The pair of them were so obnoxious and rude on the journey home it beggars belief.

Like everyone else who had spent the day at Ascot we were tired and pretty much the worse for wear. If you’ve been to Ascot you’ll know what it’s like when trying to board the train home, manic is an understatement! However, we were lucky on this occasion and managed to get seats. All was good until these two rude fat old bats arrived.

One, the more obese of the two hags claimed she was too tired to stand and plonked her fat arse down on me. Brilliant! Had it been some tasty bint with nice boobs and a cute bum I wouldn’t have minded.  This woman though was a real old boiler and made my old school teacher Mrs Baker look slim and attractive. I asked her to move herself and for my troubles received a torrent of verbal abuse.

I said that if I had sat my arse down on her plod would arrest me. Furthermore I would find myself in front of the beak charged with sexual abuse, assault and being drunk and disorderly. To this received further abuse and it wasn’t just me the old haggard women were abusive towards. They also abused a soldiers elderly mother along with almost everyone else in the carriage.

To these obnoxious and rude women who boarded the 19:45 train from Ascot to Waterloo on the 21st June. The fat one dressed in orange and the tanned one who wore a light beige mini dress. I hope you are ashamed of yourselves and if you’re not you should be!