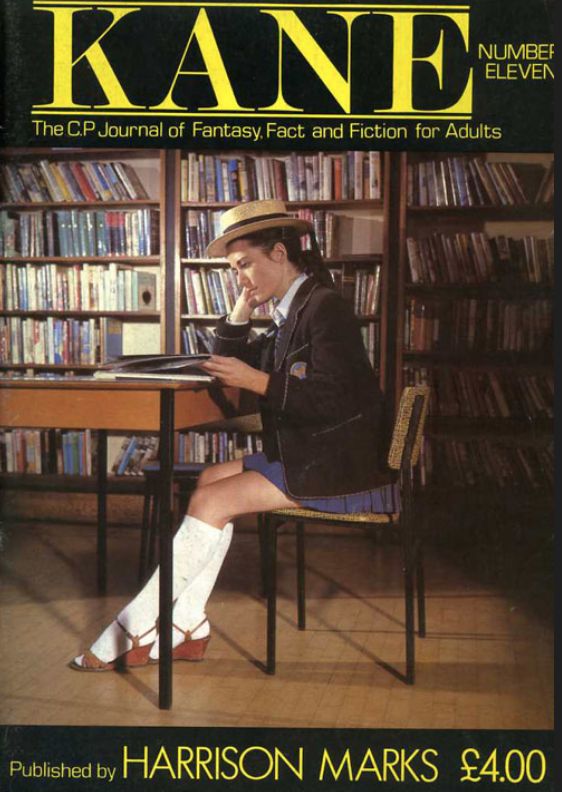 Ms Harrison Marks confirmed the thought I had about kane-magazine.com website being closed. I find it sad that one of the UK’s best known spanking magazines and website has come to an end.

Those in the industry have known that producers of spanking material would eventually cease. Publishing magazines when they are scanned by thieving arseholes who post them on forum websites for all to download for free is theft. Having material from a paysite saved and reposted is also theft and financially crippling. Janus magazine ceased publication a while back and now Kane has completely closed. There will be no more new material from either of these producers, no new shoots to look forward to with eager anticipation all because of those who think it’s fun to steal.

Those like Debseddy who are listed as a (hero) on a certain forum when in reality they are just a common thief stealing and posting what is not theirs. I wonder how this low life would feel if his home was burgled and is possessions distributed for free. Ah but that’s different isn’t it. Is it. Is it really different? No it is not. He’s giving away someone else’s material, material that they’ve paid a photographer to shoot, models to pose, writers of stories, printers to print and distributors to distribute and none of these come cheap. Still think stealing and reposting is acceptable? Sadly people like Debseddy probably do.

I may vent on my blog about vermin like Debseddy but nothing will change as whoever they maybe are no different to those who won’t think twice about stealing your car or phone. They are pure scum. Though there may be light at the end of the tunnel as with a writ from a solicitor the forum will have to hand over your IP address and in turn your IPS provider will have to hand over your details such as name and address and then… Well that’s up to the magistrate to decide. I hope it was worth it.