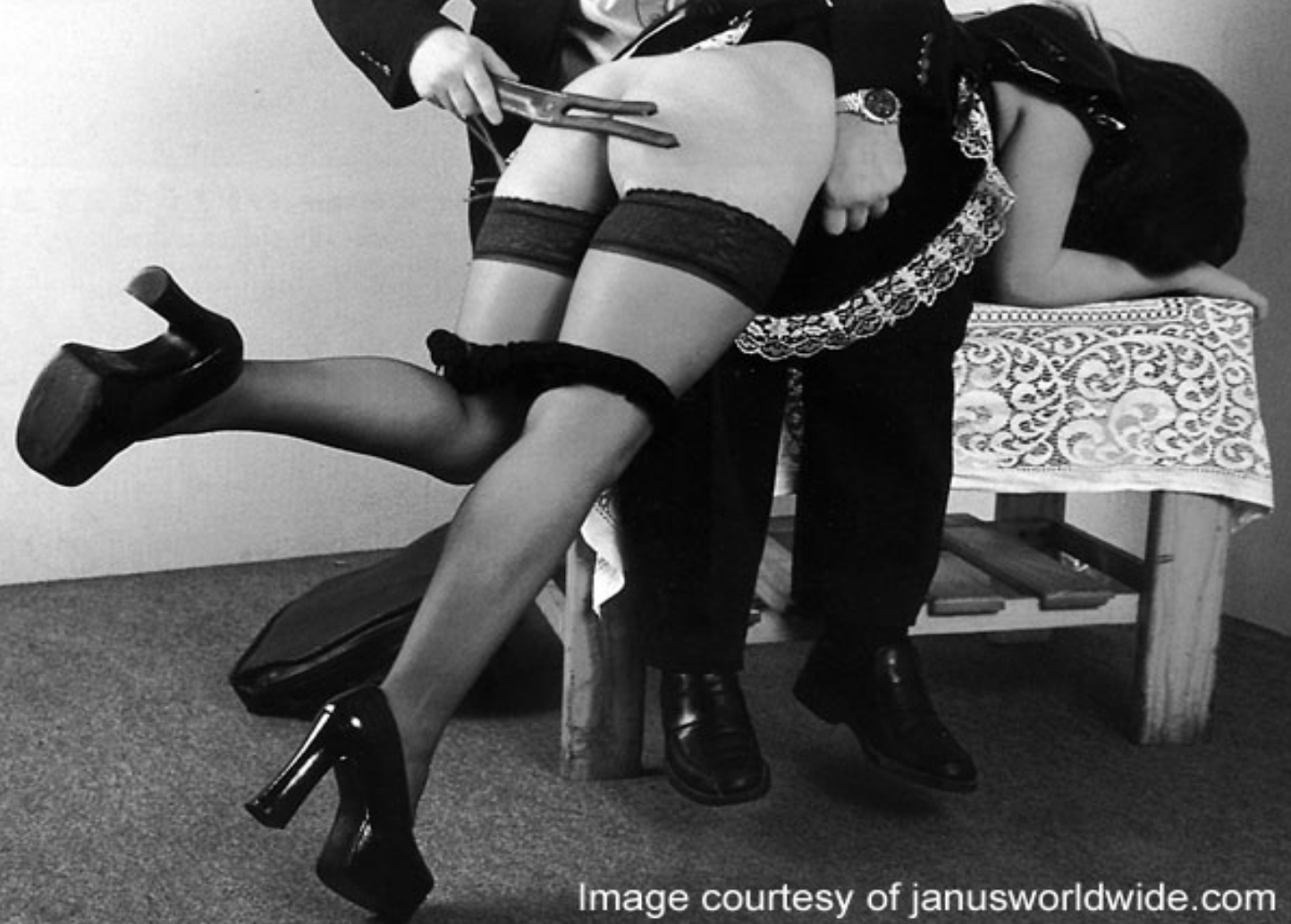 A Spanking Shoot with Lorraine Ansell

Sorting through my stock of spanking magazines I came upon a copy of Privilege Plus number 14. The mag features the shoot I did with the lovely Lorraine Ansell. The shoot came about as I knew the editor of Privilege Stephen Sims AKA Robb Squire. Knowing that Stephen was always looking for models I sent him a photo of Lorraine. I asked if he would be interested in using her for a shoot,  of course he was. I also had an idea for a shoot as Lorraine looked absolutely gorgeous in a maid’s uniform.

The plot was Lorraine played the part of a clumsy waitress who spilt a bottle of wine over a diner. For her carelessness she got her bottom bared and spanked. Stephen suggested that as I had provided the girl so to speak and he was going to use the plot I suggested would I like to be the diner. There was no question that I would decline his offer. I’d never turn down the chance to take Lorraine over my knees and spank her cute bare bottom.

The shoot was done at Dave Meeks studio that Janus used regularly. Lorraine arrived looking stunning in a long fur-lined coat that almost touched the floor and after coffee and small talk with myself, Stephen and the photographer Vic Barnes she nipped into the changing room to change into her maids uniform. To my surprise she called out and asked my to join her while she changed. Now I’m all for seeing gorgeous girls naked but I felt it wrong to be with her while she changed so although I did join her as we continued our conversation I focused my eyes on the wall and that, strange as it may seem is the truth!

When we started to shoot Vic told me that we had to be careful as due to recent restrictions of what can and cannot be shown in spanking magazines the publisher wouldn’t (at that time) use any photos that showed marks on a girl’s bum though that doesn’t mean that Lorraine didn’t get a good walloping as she did. She also sportingly took a dozen strokes of the cane after the shoot, for her pleasure as much as mine.

Lorraine is one of the nicest spanking models that I have had the pleasure to meet and work with and I felt rather sad when the day came to an end as apart from the spanking the rest of the day was also a most memorable one.